Today we remember the 41st anniversary of ordination to the priesthood for Fr. Chuck Pfeffer, Catholic Leadership Institute’s co-founder.

Among his many favorite Bible passages, Fr. Chuck Pfeffer described his faith journey and his priesthood using “The Road to Emmaus” passage in Luke’s Gospel (24:13-35). In the passage, there is an unnamed disciple that is walking along with Cleopas when they encounter Jesus. Fr. Chuck often invited others to imagine themselves as the unnamed disciple walking along with Christ.

The picture of the “Road to Emmaus” was commissioned in 2005 by Catholic Artist, Robert McGovern to memorialize Catholic Leadership Institute’s co-founder, who passed away in 2004.

Robert McGovern’s interpretation portrays the scene when Cleopas and the unnamed disciple invite Jesus to stay with them. “When He had reclined at the table with them, He took the bread and blessed it, and breaking it, He began giving it to them. Then their eyes were opened and they recognized Him.” Fr. Chuck embraced his priestly vocation as the servant at that table, a vessel through which others could recognize Jesus. McGovern includes another unnamed man behind Fr. Chuck representing Tim Flanagan to depict the co-founders of Catholic Leadership Institute. McGovern also depicts the three offices of the priesthood according to Canon Law – to teach (represented by the scroll), to sanctify (represented by the breaking of the bread) and to govern (represented by the servant, Fr. Chuck, bringing gifts to the table).

As colleagues in ministry standing with our bishops and priests in the same way Tim Flanagan and Fr. Chuck worked together, you are helping others to “recognize Him.” By bringing your gifts to the table as servant leaders, you are inviting others to do the same. You are encouraging those who are fleeing and those who are disillusioned to return to the new and eternal Jerusalem.

Today, please pause for a moment to pray for Fr. Chuck Pfeffer and to ask him to pray for us. Let us ask for his intercession to all the priests being ordained this year that they will be given the gift of loving, servant leadership that Fr. Chuck was blessed with in his ministry. 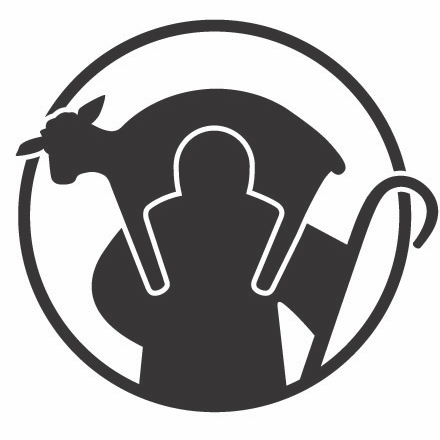 View all
Emboldening Our Clergy

CLI serves Church leaders, helping them rediscover their potential and forming them to be more intentional with those they serve.

View all
Igniting Our Parishes

CLI helps empower and energize Catholic leaders by providing focus and courage to engage the culture with an apostolic mindset.

View all
Forging Our Future

CLI provides vision and hope about the future of the Church with a humble, yet strategic approach.

Browse past updates and insights.